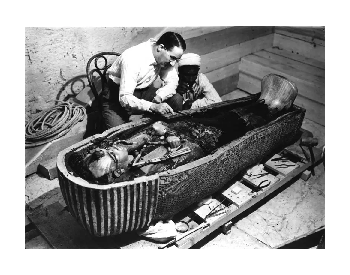 Imagine, if you will, what it was like, nearly 100 years ago to the day, to uncover King Tutankhamun's tomb. The boy king, who died at around 18 years of age, was surrounded by gilded effigies of himself and the glory he represented to his Egyptian subjects. And for nearly three thousand years he laid restfully in the arid desert of the Sahara.

Then, in November of 1922, Tutankhamun's tomb was rediscovered after millennia of being buried in the sands of time. By a stroke of luck, King Tut's burial space was so well-preserved (and saved from looters over the years) that nearly 5,900 items were able to be removed and catalogued to expand the understanding of the ancient world that much more. 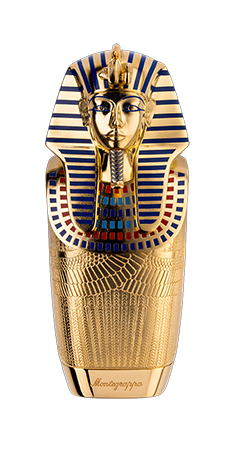 The rediscovery of King Tut also brought a resurgence of interest in ancient Egypt, where books, tours, movies, and more have been produced over the years trying to capture the magic of discovery and ancient wonder to the masses.

This year, Montegrappa has created a pen in honor of the centennial of the tomb's discovery. As with all Montegrappa products, one can expect a mixture of imaginative design and Italian craftsmanship. The Tutankhamun Centennial Edition is no different. Taking design direction from the tomb contents itself, this pen has created King Tut's death mask in miniature and used a creative use of enamel to mirror the cloth strips used in the mummification process.

In limited quantities of 100 pieces for both rollerball and fountain pen, the King Tut pen is a work of art as well as a museum piece, making a true objet d'arte for the modern writer who remains inspired and in wonder at the intrigue that exists for us all when we imagine the ancient world.

Now is your chance to own a part of history yourself. So few pens have captured the magic of the ancient world and we know that this beauty won't be on the market for long. If you are interested in learning more about this pen, please contact our dedicated consultants today. Below you will find additional imagery of the pen and an interview with Montegrappa's CEO, Giuseppe Aquila, about the release of this one-of-a-kind pen. KENRO: What was the impetus for the King Tut? What made you think of it and how did the process begin?
GIUSEPPE AQUILA: The release of Tutankhamun coincides with the centennial of his tomb’s discovery in Egypt’s Valley of the Kings. Many of our Limited Editions mark pivotal moments in history, and significant anniversaries are something that I personally research and keep avid track of. The initiative to commemorate Howard Carter’s find has been in our creative pipeline for years – certainly since we developed Thoth – our 2017 homage to Ancient Egypt’s scribe of the Gods. Since then, a small team of artisans have been developing and refining Tutankhamun while we wait for the right moment to arrive. As we speak, it seems interest in Egyptology is piquing again, with new documentaries and rumours swirling about spectacular new finds. Meanwhile the real King Tut is close to returning to public view with the imminent opening of Giza’s Grand Egyptian Museum.

KENRO: Can you tell us more about the materials used and why they were chosen
GA: Like most of our non plus ultra editions, Tutankhamun is structured on two tiers. There was never any question that both would need to be realised exclusively in precious metals. Tutankhamun’s tomb was packed with priceless treasures: his death mask alone contained more than 320 ounces of gold. So, for this reason, our flagship edition is cast in yellow and white gold, while the collector’s edition uses sterling silver and vermeil. Both feature barrels finished with cataphoretic coating to achieve the aged mummification effect, while hand-enamelling on the cap mimics the glass and gemstone inlays found on the original relic. On both tiers, black diamonds replicate the pharaoh’s obsidian eyes. This combination of materials showcases lost wax casting, hand-enamelling and gem-setting – three strengths that our manufacture has become well known for. Innovative treatments and our approach to interactive display also show Montegrappa’s sense of inventiveness and joie de vivre.

KENRO: To hit the 100-year anniversary, how long was the planning for this pen?
GA: As I mentioned, our first sketches for Tutankhamun date back to the time of Thoth, so at least six years. In fact, both pens are connected by a common artistic concept. The hieroglyphics on Tutankhamun’s nib are a representation of Montegrappa’s name – first used on the 2017 edition. We are pleased to have the opportunity to revive this point of detail and create a continuity thread. Normally development of a design like would take at least two years. But in this case, we had the luxury of taking our time. During this edition’s development, we had the experience with Samurai (Warriors, 2018), followed by Viking (Warriors, 2019). Both of these gave us confidence in Tutankhamun’s humanoid form factor and our customers’ appetite for realism. 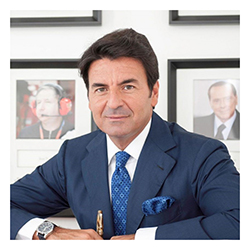 KENRO: How does this pen define Montegrappa's style and approach to pen design?
GA: Both tangibly and intangibly. On the one hand, the artisanal investment – from casting to polishing and detailing – typifies our approach to luxury. Engineering is another aspect, in particular the process of finding the sweet spot between sculptural fealty and writability. On the other hand, the emotional and tactile sensation of unboxing and holding Tutankhamun reinforce our idea that every product should be a unique experience. ‘Objet d’art’ is a term frequently applied to our editions, and this emboldens us to be fearless. We want our designs to buck conventions and move the needle. Many Montegrappa owners and collectors are similarly wired, and share a distaste for the ‘factory-line luxury’ that has thrived in recent years.